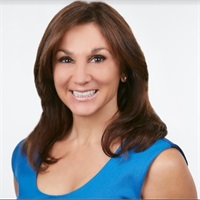 Gina Bolvin, President of Bolvin Wealth Management Group Inc., has captured the human side of investing.  Advising clients since 1997, she has been recognized as a leader in her field.  Forbes Magazine chose her as one of “America’s Top Women Advisors” in 2017 and 2018, and as a “Best In State Wealth Advisor” for 2018 and 2019.[1]   Barron’s Magazine selected her in 2008 to Barron’s Winner’s Circle[2]: Top 50 Advisors in Massachusetts and Top 5 Women Advisors based on customer satisfaction. In 2016, Gina was chosen as a “Woman of Influence” by the Boston Business Journal.  She has also been selected as a 2014 “Five Star Advisor” in Boston Magazine.[3]  Nationally, Gina ranks as one of the top 100 (out of over 17,000) advisors based on total revenue with LPL Financial, the largest independent brokerage firm in the country.[4]  She has been awarded membership in LPL’s Chairman’s Council for over twenty years. Gina maintains the CFS designation, life insurance license, and Series 7, 24, 63, & 65 registrations, held through LPL Financial.

Gina served on the Board of Directors for Christmas in the City, a non-profit organization helping women in the wake of domestic violence live independently.  Additionally, she is a member of Boston Women in Finance and Financial Services Institute, Friends of the Public Garden and the Bay Village Neighborhood Association. Gina graduated from Syracuse’s University’s Newhouse School of Communications. Gina runs, swims, and bikes, and her lifestyle inspired “DO NOT COAST” workshops. She is also enjoys snowboarding with her nieces and nephews. A voracious reader, Gina dabbles in writing and has completed a novel.  She lives in Boston with her husband, Bill Bernarduci.

[1]  Advisors are selected for the Top 200 Women Advisors list and “Best in State Wealth” based on insights from SHOOK Research™, which compiles quantitative and qualitative data. Advisors are assessed on a variety of criteria, including years of experience and assets under management. Portfolio performance is not a criterion due to varying client objectives and lack of audited data. Neither Forbes nor SHOOK receives a fee in exchange for rankings.

[2] Barron's Award is based on assets under management, revenue produced for the firm, regulatory record, quality of practice and philanthropic work.

[3] Five Star award based on 10 objective criteria associated with providing quality services to clients such as credentials, experience, and assets under management among other factors. Wealth managers do not pay a fee to be considered or placed on the final list of 2014 Five Star Wealth Managers.