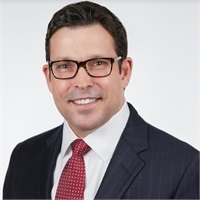 William Bernarduci, J.D. is a wealth advisor who focuses on retirement planning and employee benefit/pension advisory services. With over 20 years as a practicing attorney in New York, Connecticut and Massachusetts, Bill brings a multi-disciplinary approach to financial planning. His legal experience and knowledge of employee benefits law provide him with a unique perspective in designing comprehensive financial plans that incorporate 401(k), pension and healthcare benefits.

Bill graduated from Bucknell University with a Business Administration degree and graduated magna cum laude from New York Law School, where he was a member of the New York Law School Law Review. Upon graduation, he served as a law clerk for the Honorable Nina Gershon, United States District Judge for the Eastern District of New York. Bill is a former partner of Izard Nobel, LLP in West Hartford, CT and was also associated with the Manhattan-based law firms Skadden, Arps, Slate Meagher & Flom LLP and Dornbush Schaeffer, where he was involved primarily in complex commercial and securities litigation. In addition, Bill has had notable pro bono experience including a successful political asylum case on behalf of a Tibetan nun who was imprisoned for her political and religious activism.

He has the following registrations: Series 7, Series 66 held through LPL Financial & life insurance. Bill is also admitted to the bar of the Commonwealth of Massachusetts along with the state and federal bars of Connecticut and New York. He plays the guitar and snowboards.